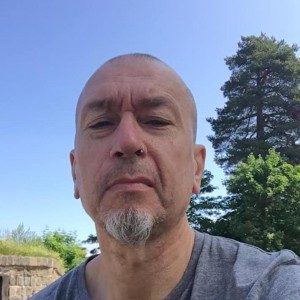 How to use end-to-end encryption on OperationTulip.com

OperationTulip.com want to help our users keep their data safe and secure. Enabling end-to-end encryption makes it possible for those interested to keep their data on our servers securely.

If you take advantage of end-to-end encryption, the files will be impossible to open even if someone gets access to your files on the server.

In this post, I’ll show you how to use end-to-end encryption on OperationTulip.com

What is end-to-end encryption?

End-to-end encryption means the user encrypts the files he or she wants to store safely before sending them off to the cloud storage. That means that even if someone gets access to the files, they cannot open or view the file without the encryption key.

OperationTulip.com provide secure upload and download via https, but do not encrypt files on the server. For most people that’s secure enough, but if you want to be sure that no one can view or open your files end-to-end encryption is the only safe way to achieve that.

How to enable end-to-end encryption

There is a module for enabling end-to-end encryption on NextCloud instances. Unfortunately, that module is not stable enough to recommend using (it’s possible to use the built-in module but we advise strongly against it – the curious can read about it here).

At this moment, we recommend that you use a third party software instead. There are many solutions on the Internet, but we recommend duplicati as its open source, cross platform, and free.

Duplicati is available for windows, Mac and most Linux distributions. That means it’s possible to encrypt and sync files on a Windows computer and decrypt them on Mac or Linux (something that can be a deal breaker for some people).

The installation of duplicati is simple and well documented so I’ll jump that part in this post.

If you are using Linux or Mac, you must install the mono framework to get duplicati to work. On ubuntu, they include mono in the installer, but on Mac I had to go to the mono website, download it, and install it before I could run duplicati. You can find mono here.

The setup is less intuitive, and it took me some time, trials and googleing (is this an actual word?) before I made my first successful sync.

Duplicati is set up via the browser, so don’t expect any kind of regular software starting after installing it. The good thing about that solution is that I’ll only have to make one tutorial as the setup is the same on all operating systems.

Setting up a synchronization job

Now it’s time to set up duplicati. I’ll insert a short video here but will describe the steps to set up the sync in the text below the video.

The files in the selected folder on my hard drive are now encrypted before I store them at OperationTulip.com If your encrypted files get a suffix of dlist.zip.aes that means that the encryption was successful.

Although duplicati is meant to be a backup software it is also a good way to encrypt your files before sending them to your cloud storage where they’ll be kept encrypted. This is especially important for files that you don’t want anyone else to be able to access.

Please feel free to share your experiences with duplicati on operationtulip in the comments field below.

Made with ❤ with Elementor​